Tatiana Espinosa, Guardian of the Shihuahuaco

Tatiana Espinosa is a forestry engineer who decided to preserve the amazon forests more than a decade ago. With the ARBIO Peru organization (https://www.arbioperu.org/en/–which she leads as the Executive Director– they’ve made the decision of conserving nearly 1000 hectares of amazon rainforest in the region of Madre de Dios. 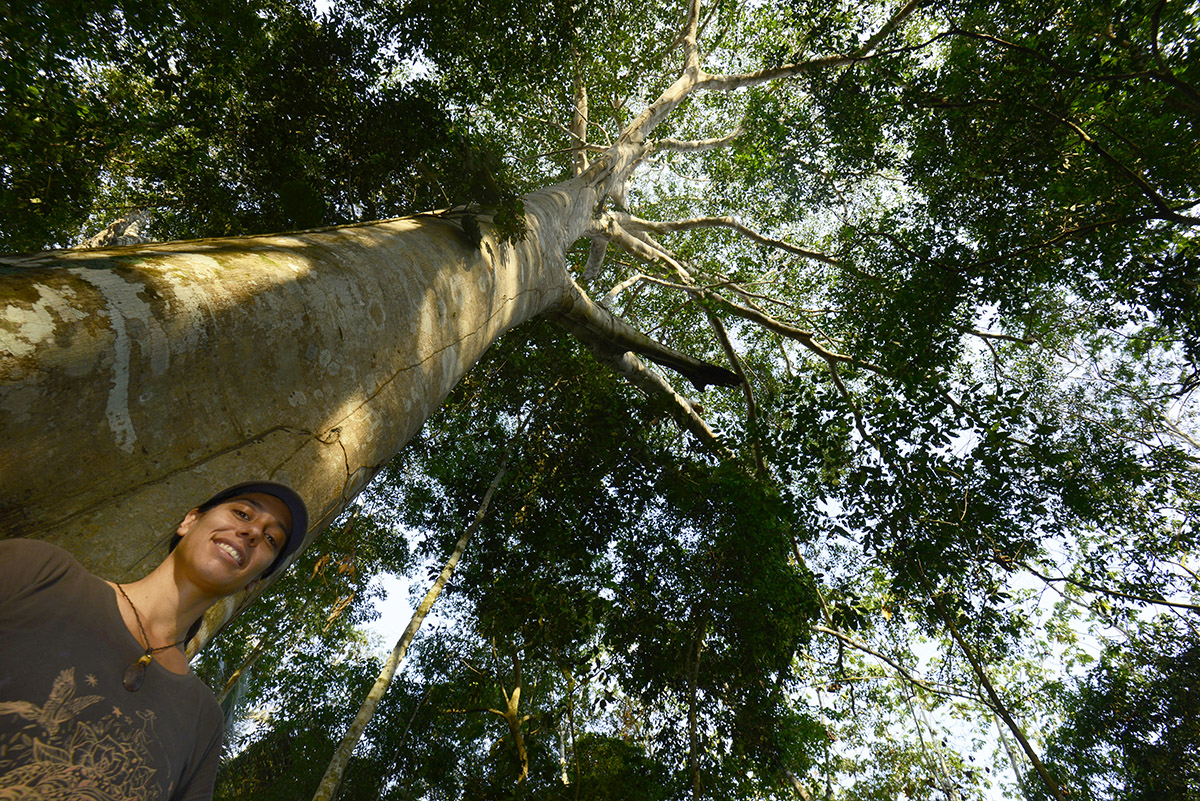 Tatiana’s tenacity has made possible for one of the most important species of the Amazon to be conserved within the near 1000 hectares she protects: the Shihuahuaco (Dipteryx micrantha).

Known in the world market as “Iron Wood” due to its extraordinary hardiness, the Shihuahuaco is a tree of extremely slow growth, meaning the ones being cut down are over 500 years old! The Shihuahuaco have a great demand in the world wood market, mainly for the fabrication of parquet floors, which are being exported mostly to China for their growing middle class. American harpy eagles (the most powerful in the world) and colorful macaws make their nests in these majestic trees, which Arbio has been studying and protecting. The Shihuahuaco are in danger of illegal logging, and the threats Tatiana has to face are constant.

To fund this effort, Arbio has developed an online platform with a new system of crowdfunding.

In this system, anyone who access the net can contribute with the conservation of a hectare or Shihuahuaco for one or several years. This way one knows exactly which area or tree you are protecting. 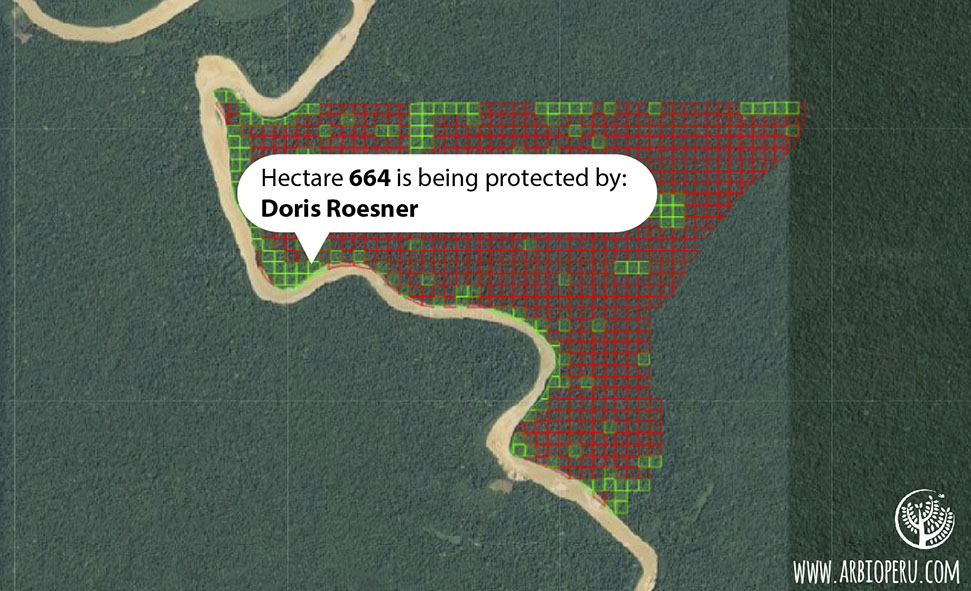 In 2018 Tatiana was awarded the Jane Goodall Hope and Inspiration Ranger Award,

which is handed by the International Ranger Federation (IRF), the Thin Green Line Foundation and the UICN to have developed conservation activities and inspired others despite any and all difficulties. The award will be given in the International Park Ranger Congress to be held in Nepal in November of this 2019.

Luckily, Tatiana isn’t wholly alone in her efforts and is supported by her sisters Rocío and Gianella, who work to obtain the funding and the necessary exposition needed to attract future donors and patrons of trees and forest areas. Furthermore, the group counts with the support of locals such as Emerito Ruiz, connoisseur of amazon rainforest and rivers and specialist in medicinal plants.

Access point and highways in the Amazon are, without a doubt, driving factors of deforestation due to facilitating migratory agriculture and, in Madre de Dios, illegal mining that destroys forests. 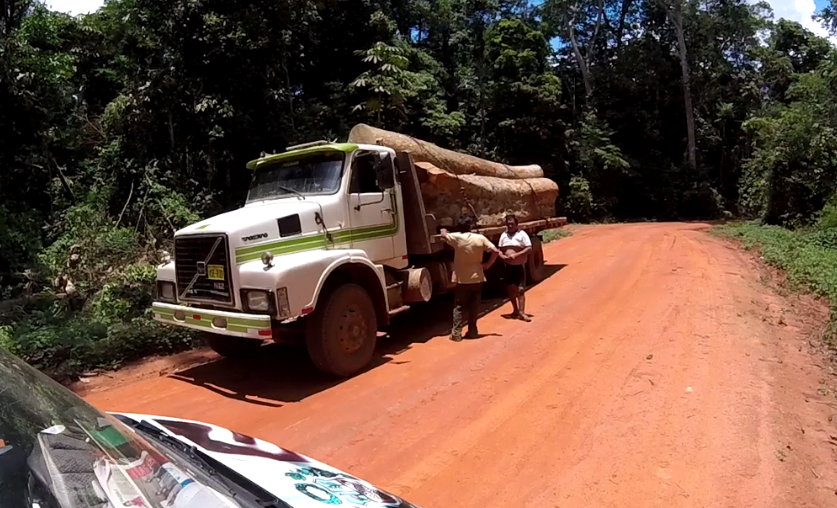 It’s because of this that ARBIO is the Association for the Resilience of the Forest against the Interoceanic. The forests Arbio protects are located a mere 20 kilometers from the Southern Interoceanic, a recently restored highway that has allowed an increment migration to the region, worsening the pressure put upon the forests and their natural resources. 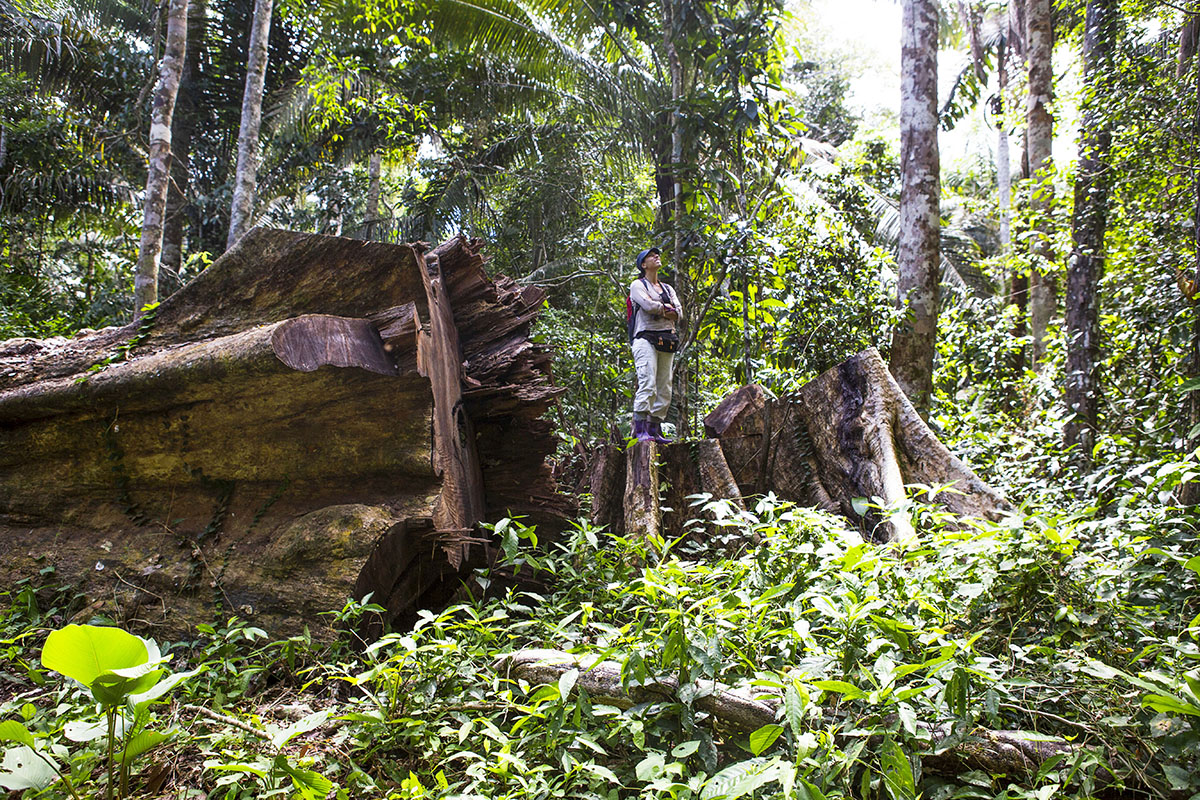 Tatiana has been fighting valiantly against illegal loggers and other threats closing in on the rainforests, and her work the past 10 years demonstrates this. However, in the face of the new threats of the Interoceanic, it’s necessary to increment the control and surveillance, as well as looking for new sustainable alternatives to coexist and grow in harmony with nature.

If you want to know more about the efforts of Tatiana Espinosa and become a forest protector with Arbio, you can enter to the online conservation platform, which will allow you to protect a hectare of amazon rainforest or an imposing Shihuahuaco tree.