Never before had we been visited by a politician in the forest of ARBIO.

It is true that one has to first go see what is going on, and then it becomes easier to take action. That in 2020 Perú has broken a historic record of deforestation – with over 200.000 hectares of rainforest lost – is no news; but it is one thing to read it in the newspaper and another entirely to see it with your own eyes. There’s certainly those who rise to protect the Amazon, but to safeguard the rights of the indigenous people and combat the industries pushing for the destruction of the forest it is necessary to have a well thought-out system and commitment. 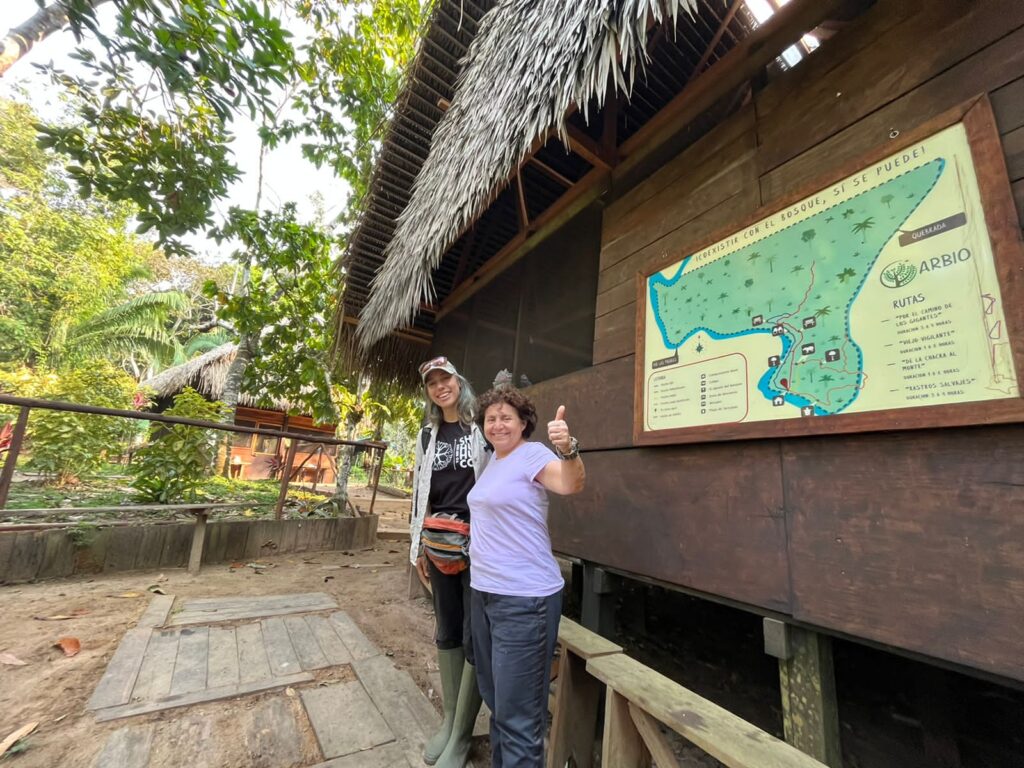 That’s why we were willing to let congresswoman Susel Paredes travel with us to the Las Piedras river basin, where we’ve been studying and conserving an area of rainforest the size of Miraflores (916 hectares) for twelve years now. The idea was for the congresswoman and her team to get to know and understand the fundamental role the shihuahuaco plays in the ecosystem; one of the emerging trees more representative of the rainforest, and also one of the most prized by the furtive loggers.

After getting them to the camp of ARBIO – in a long and extensive journey that takes over three hours from the departure in Puerto Maldonado — the more visible conflicts began to reveal themselves. In the Interoceanic, a highway of over 2.500km that connects the Pacific Ocean (Perú) with the Atlantic (Brazil), we could see the rows and rows of trucks transporting timber. It’s difficult to detect which ones were following the norms and which ones were carrying illegal timber, laundered with documents that seem official but contain fraudulent information. At first glance it isn’t easy to see the shortcomings of the control system. However, as we kept going further, Susel Paredes was able to see the destructive makeshift roads made to extract timber. We might’ve even seen a clandestine towing boat on the river, carrying a truck filled with gigantic timber logs. 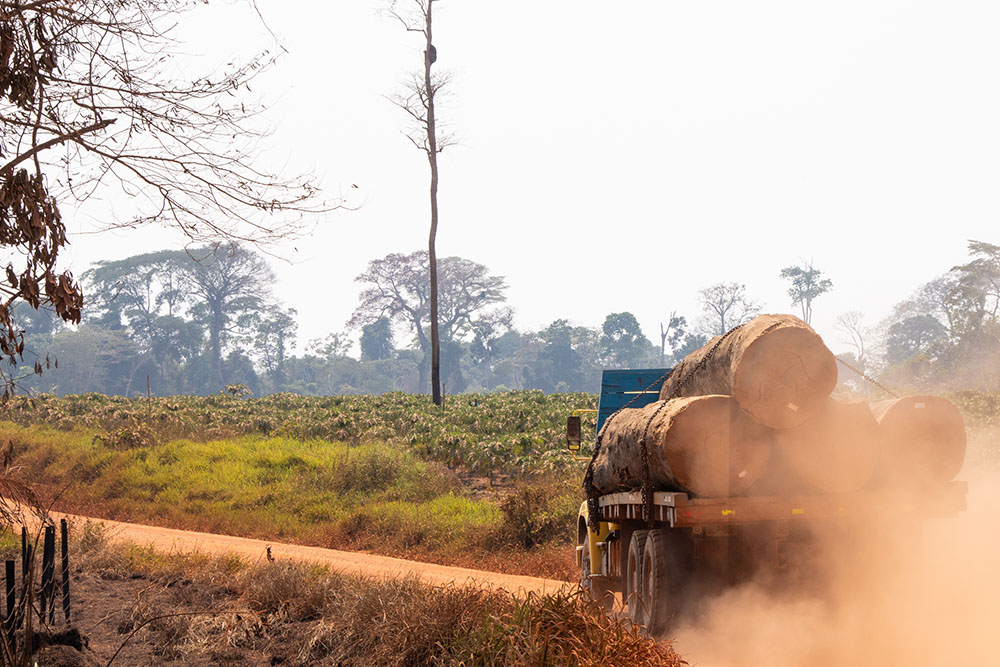 For Susel Paredes and her team, walking through narrow paths in the rainforest and seeing some of the still-standing shihuahuacos in our area has been incredibly important. Sometimes, to fully comprehend just how slow these trees’ growth rate is and how that translates into an extremely hard wood that is incredibly sought-after by the parquet floor industry, one has to stand in front of them and take in their sheer size, the strenght, and understand the crucial role they play for the benefit of all living beings.

In the concesion, the field team explained to the visitors how, just to grow half a meter in diameter, the shihuahuaco takes over 300 years – and how, if their overexploitation continues, there won’t be a single one of them standing three years from now, by 2025. It was also important to expose how the destruction of the rainforest is pushed forth by the loggers when they clear the land for livestock and monocultures.

For those of us who watch over the trees day after day, and who fight to bring awareness to the value of a standing forest; counting with the support of a member of congress is one more step forward.

It is now time to sit down and bring down to earth a commitment to take tangible measures and make substantial changes. Opening the eyes of important players in this field and helping them understand the complexities of the conflict our Amazon is undergoing is one of our main tasks. We’re sure that a more thorough understanding will help them better comprehend just what we stand to lose and are currently losing with the degradation of our rainforests. 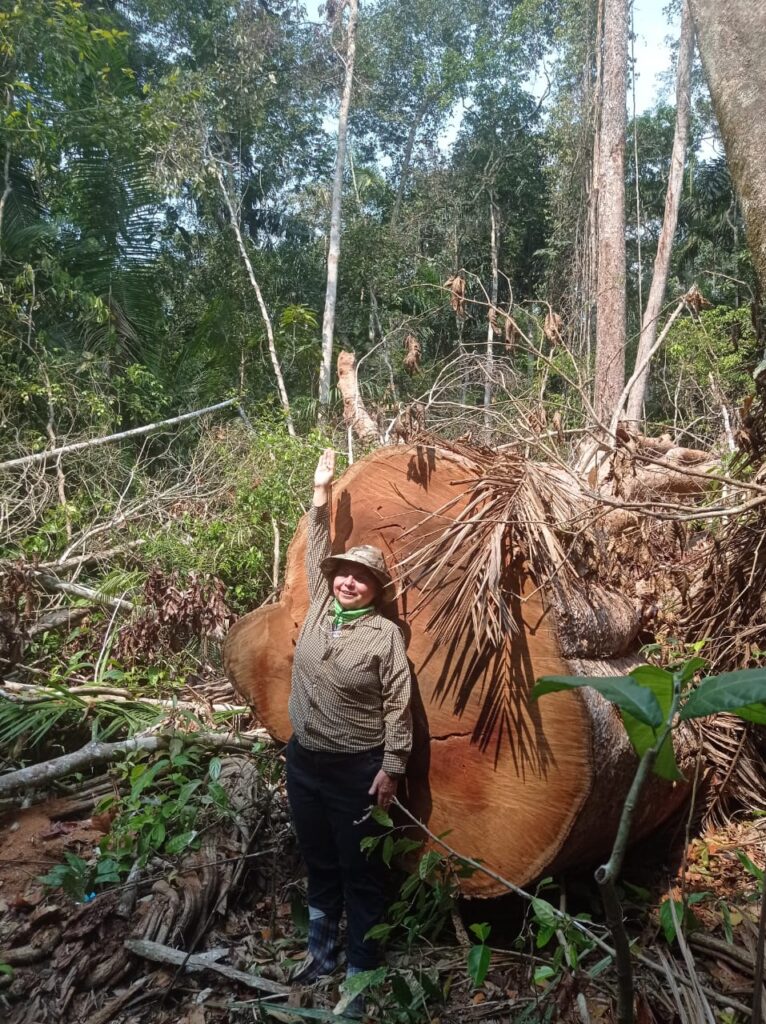 said Susel Paredes as she filmed a video in the middle of the Las Piedras basin. With this message she arrived to congress the next day after landing in Lima’s airport – just as they were debating the modification of Law N°29763, Forestal and Wildlife Law, which threatened the forest and biological patrimony of the Amazon rainforest – and where she raised her voice to communicate to the politicians that the responsibility of protecting the Amazon rainforests and freeing them of the resource pillaging they all want to be a part of rests on everyone’s shoulders.